Arlington County offers adult coed ball hockey leagues year-round at the Arlington Mill Community Center. There is an A league (more competitive) and a B league (less competitive).  Both A and B leagues play on Sunday afternoon/evening.  A second A league will play on Monday evenings and a second B league will play on Tuesday evenings in the spring and fall seasons.  Smaller Winter leagues will play only on Monday evenings with no Sundays or Tuesdays from December to March.  Ball hockey is similar to ice hockey but is played in sneakers in a gym. Novices are welcome.

Divisions
Coed Ball Hockey – 4 Divisions: Sunday A, Sunday B, Monday A, Tuesday B.  “A” leagues are more skilled/competitive than “B” leagues.  (This league structure will be changed for Winter seasons.)

Who
Adults Ages 18 and Up

Seasons
Leagues are offered year-round with new seasons beginning in the Spring, late Summer and Winter.

Cost
$625 per team plus $30 per non-Arlington resident

*Registration dates are subject to change.

Free Agents
Individuals may register at any point during the three seasons and are not subject to payment unless picked up by a team. Free agents are not guaranteed team placement. Free agents are added to a free agent list that is only accessible to team captains. Team captains may then reach out to free agents to gauge interest in joining their team.

Equipment
Players must provide their own equipment, including their hockey stick. Shin guards are required; gloves and mouth guards and/or face masks are strongly recommended. 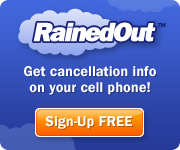 Sign up to receive sports updates for youth and families.