Have you seen it? The garden that is blooming on the northwest corner of Walter Reed Community Center’s grounds is another testament to what happens when community members and County leadership come together!

Interested in helping with the garden? Let us know by visiting us inside, calling 703-228-0955 or sending an email to Sidney Reid.

The garden began with separate garden plots that were tended by teens, elementary, senior, and bonsai club participants, and Patrick Henry. Currently the garden has over 25 species with over half being native plants.  Careful considerations went into the planning of the Walter Reed Garden.  Master Gardeners developed the grand plan, donations were gathered, volunteers donated their time and energy, and county government assisted with moving of boulders, dirt, and mulch.  Each season new plantings have been added, some unsuccessful ones removed, and currently a latticework arbor beacons passersby to take a stroll.

Today the garden is maintained by a subcommittee of the Walter Reed 55+ Advisory Committee.  Watering schedules and responsibilities have been divided and morning and/or weekend work parties take place at least once a month, and more often in the growing season. 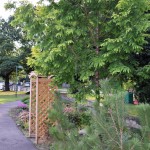 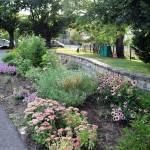 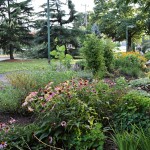 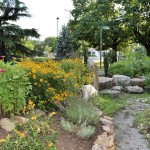 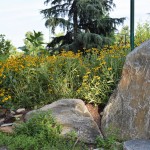 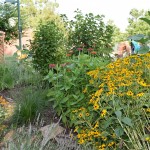 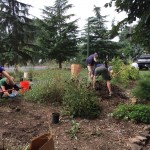 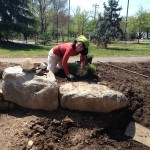 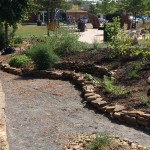 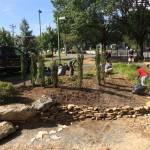 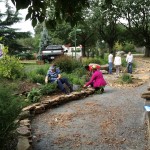