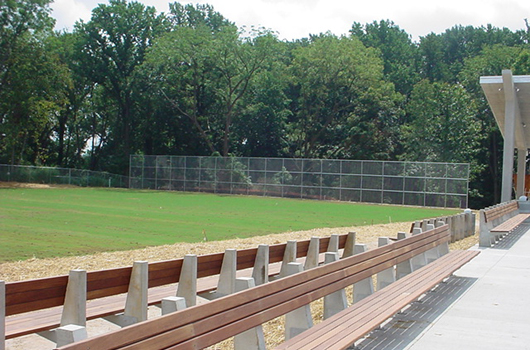 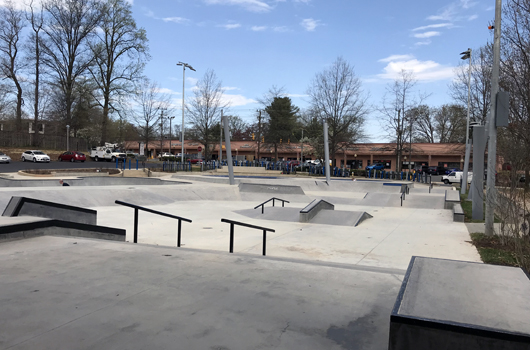 Powhatan Springs Park features a concrete Skate Park, rectangular athletic field, Children’s Rain Garden, public restrooms, drinking fountain and parking. The athletic field is intended for use by youth and is a permit takes priority field.  The Children’s Rain Garden combines a children’s learning experience and a bioretention area into a single element of the park. Bioretention cleans stormwater runoff through a man-made wetland or “rain garden.” The flow and collection of rainwater is exposed and animated to emphasize collection and placement of water into the bioretention system.

Construction of the Children’s Rain Garden was made possible by a grant from the Kiwanis Club of Arlington.

The park is named after a spring in the southeast of the park, itself named after Chief Powhatan, a Native American chieftain from the Tidewater area, whose rule extended as far north as Arlington. Chief Powhatan was father to Pocahontas.