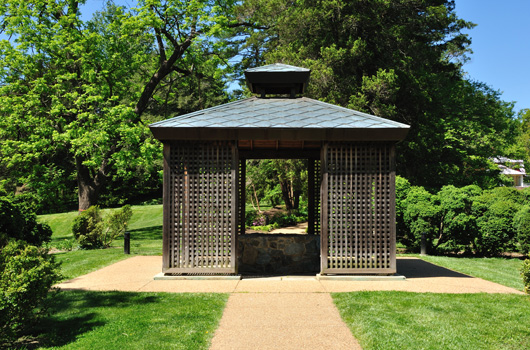 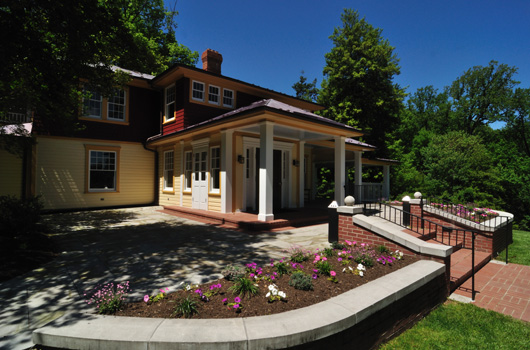 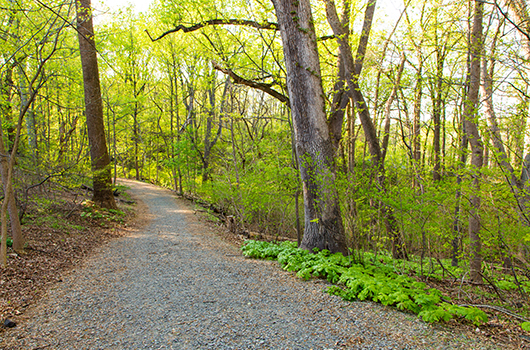 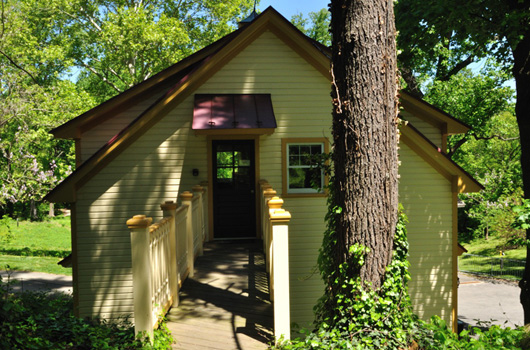 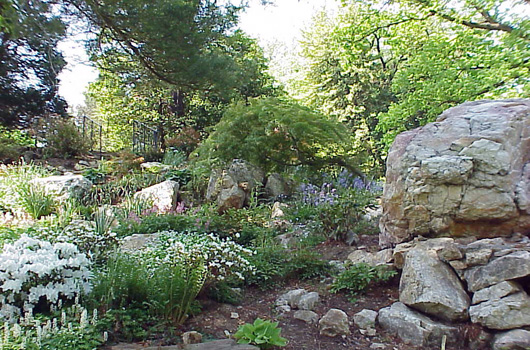 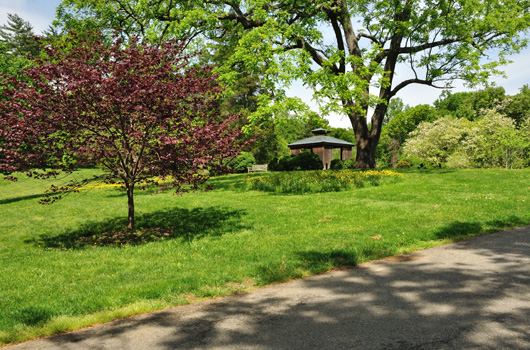 This beautiful 19-acre site includes a lush tree canopy, an open meadow, the lovely Hendry House and preserved earthworks of the Civil War fort built in 1863, and many other outstanding features.

Civil War Visitor Center
Features displays about Union soldiers and the Defenses of Washington between 1861 and 1865. Artifacts from archaeological studies from Forts Ethan Allen and C.F. Smith are on display. Kids can try on replica Civil War uniforms and learn about camp life. Open 10 a.m.-2 p.m. Saturdays and Sundays.

The Hendry House
The Hendry House is a restored 20th century mansion that has historic elegance in a park setting and is perfect for meetings, weddings and other events. Learn how to plan your wedding or event.

Civil War Earthwork Ruins
The earthwork ruins at this park are the best preserved ruins of the 22 forts that were located in Arlington during the Civil War. The ruins include the bomb proof, the fort well, the North magazine, and 11 of the 22 gun emplacements. Read more about the history of Fort C.F. Smith.

Trail
There is a 1/2 mile of trails on this 19 acre site. The trails are of a variety of surfaces including asphalt, mulch, concrete and gravel. Enjoy a stroll on the grounds while observing wildlife, open space and historic features as outlined on interpretive signage throughout the grounds. Take a walking tour of Fort C.F. Smith Park.

Wildlife Observation Opportunities
Deer, fox, rabbit, squirrel are among the wildlife that may be observed in the park. Barred and Screech Owls are known to frequent the area along with other interesting wildlife who visit the Bird Creek.

Bird Creek
This man-made feature was created to attract and retain migrating birds and to provide a water source for other wildlife in the park. Visitors can expect to see both resident and migrating birds including Scarlet Tanager, Baltimore Oriole, Eastern Meadowlark, Common Yellowthroat, Magnolia and Black-throated Blue Warbler.

Ornamental Peace Garden
Among the wide variety of tree species on this site there are several unique varieties originally planted by Dr. Hendry including Japanese Raisin Tree, Ginko, Bottle-Brush Buckeye, English Walnut and Royal Paulownia. There are native hardwood forest trees and an abundant assortment of plants and flowers.