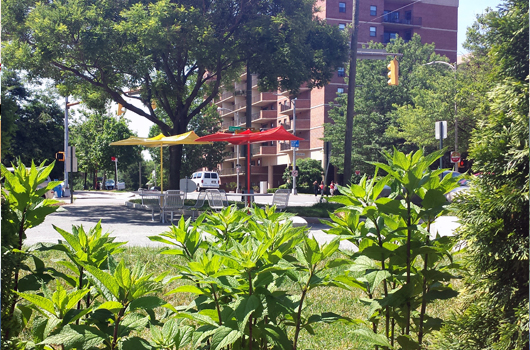 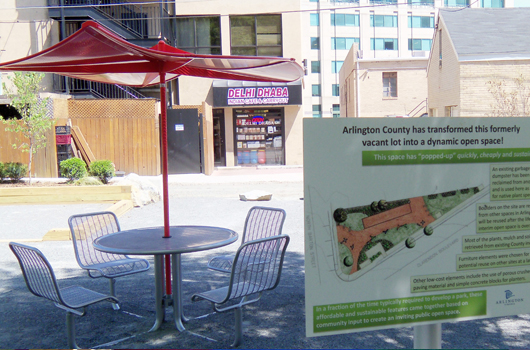 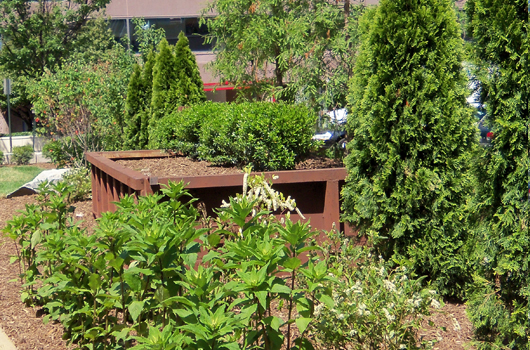 This space provides an enjoyable, relaxing environment in the bustling urban corridor.

Lawn and gardens surround an inner plaza where there are colorful tables with umbrellas as well as uniquely designed seating for people to enjoy the outdoors. More active park users can play a variety of outdoor games (including bocce) in the multiuse recreation area.

Because the open space is interim, the County used building materials reclaimed from other areas of the county and purchased furnishings that can be transferred to other parks in the future. These include:

Bean, Kinney & Korman has adopted the Clarendon-Barton Interim Open Space. Find out how you can adopt an area in Arlington County.