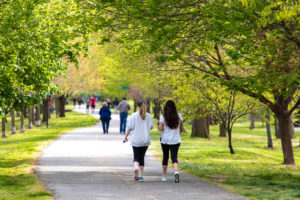 When it comes to public park systems, Arlington’s ranks near the top of the nation’s 100 largest cities. That’s according to the Trust for Public Land’s ParkScore® index, which recently ranked the County fourth on its list. The twin cities of Minneapolis and Saint Paul, MN ranked first and third respectively while neighboring Washington, D.C. placed second.