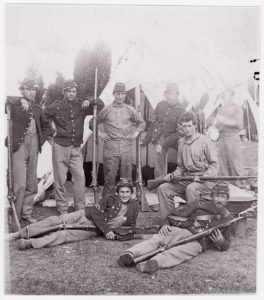 In the months after the first Battle of Manassas, the Four-Mile Run valley became a no-man’s zone that saw skirmishing from July – September 1861. The area hosted many Union troops, and

On August 27, 1861 a skirmish took place between Union and Confederate forces near modern-day Ballston. The event will be marked by a Union encampment Sat., Aug. 24, 10 a.m.-4 p.m. at Bon Air Park.

To keep up to date on nature and history programs, sign-up for the Nature & History eNews.